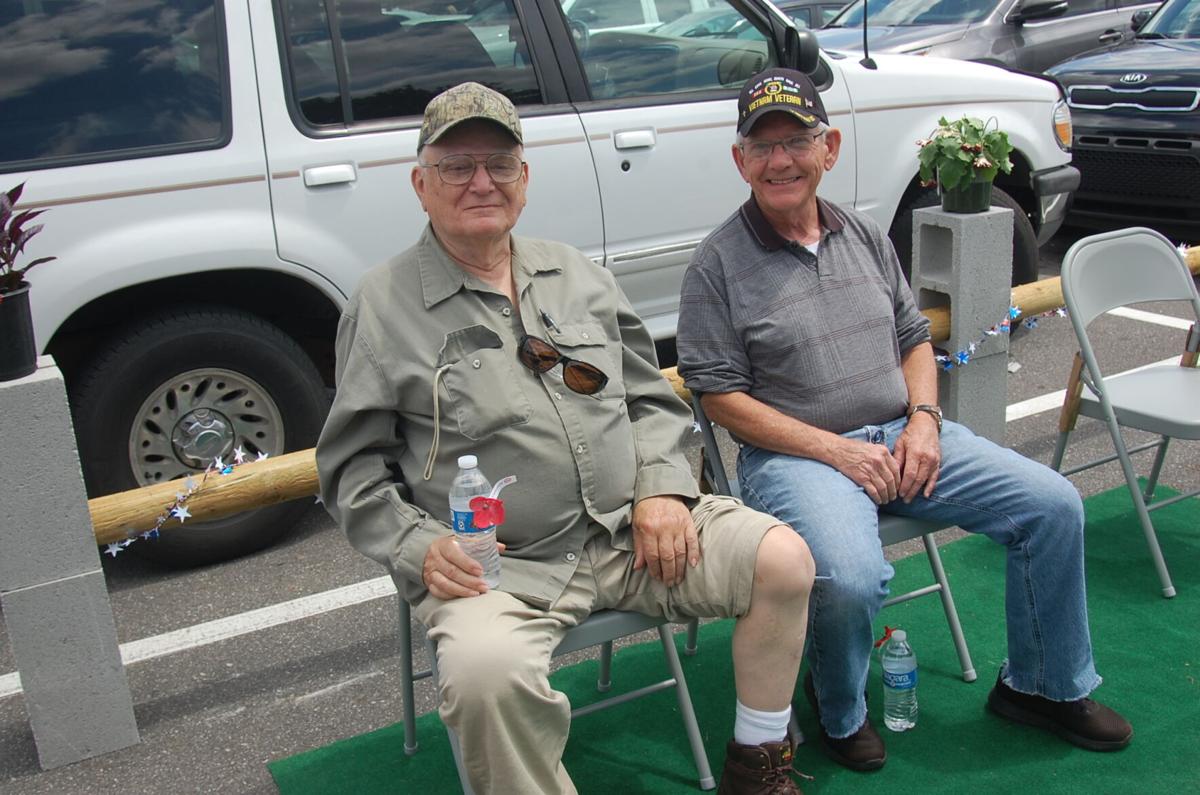 Dennis Santos and Sidney Harmon wait for the service to begin. 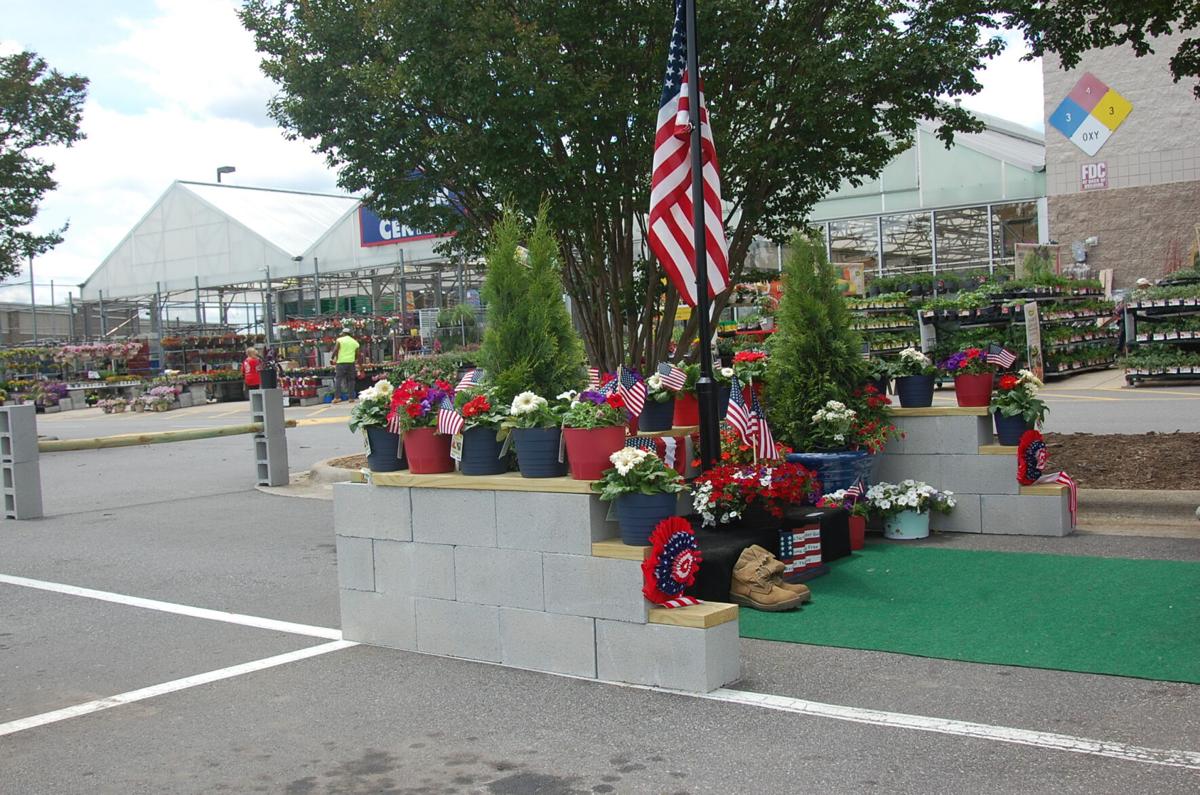 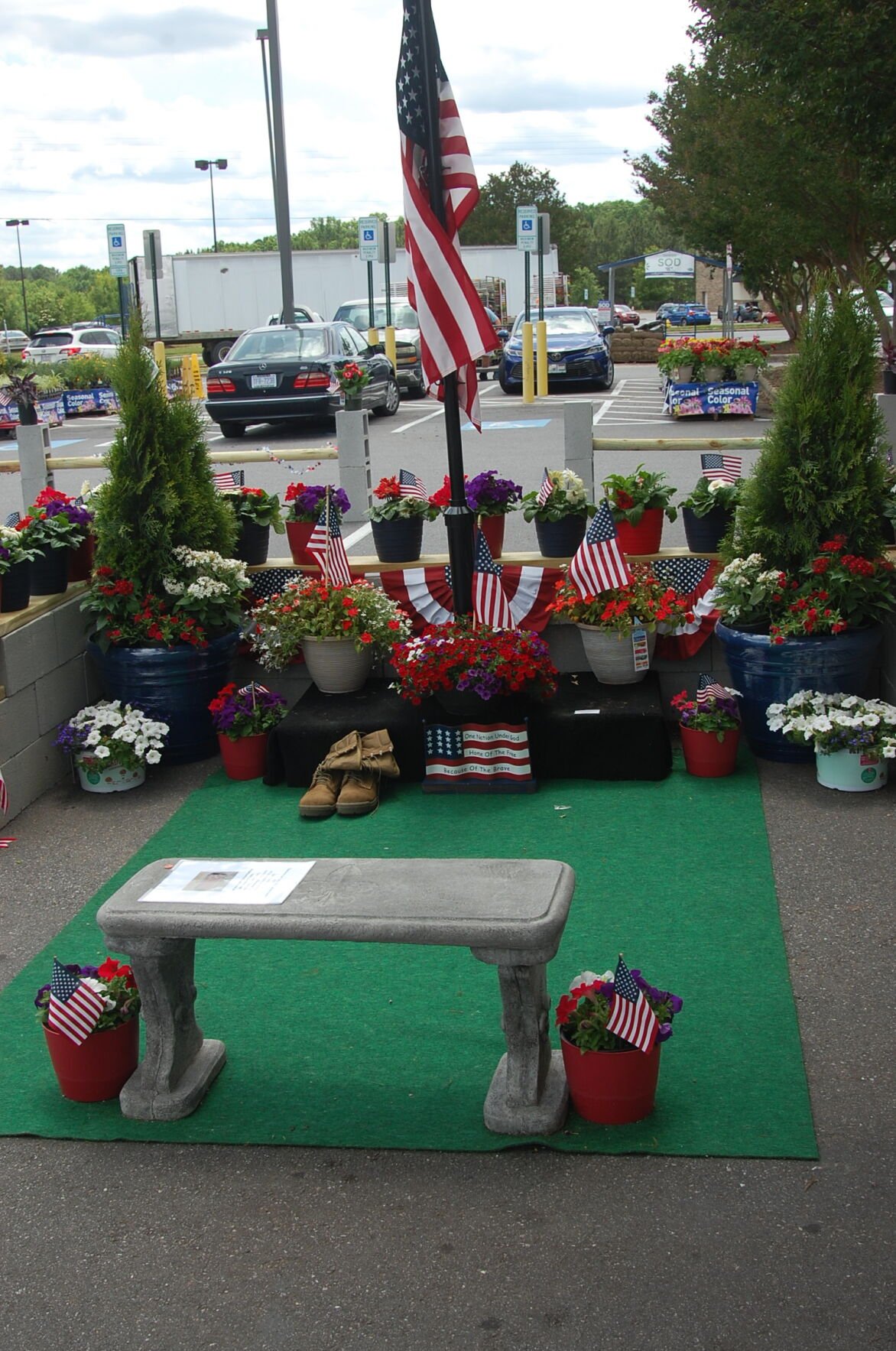 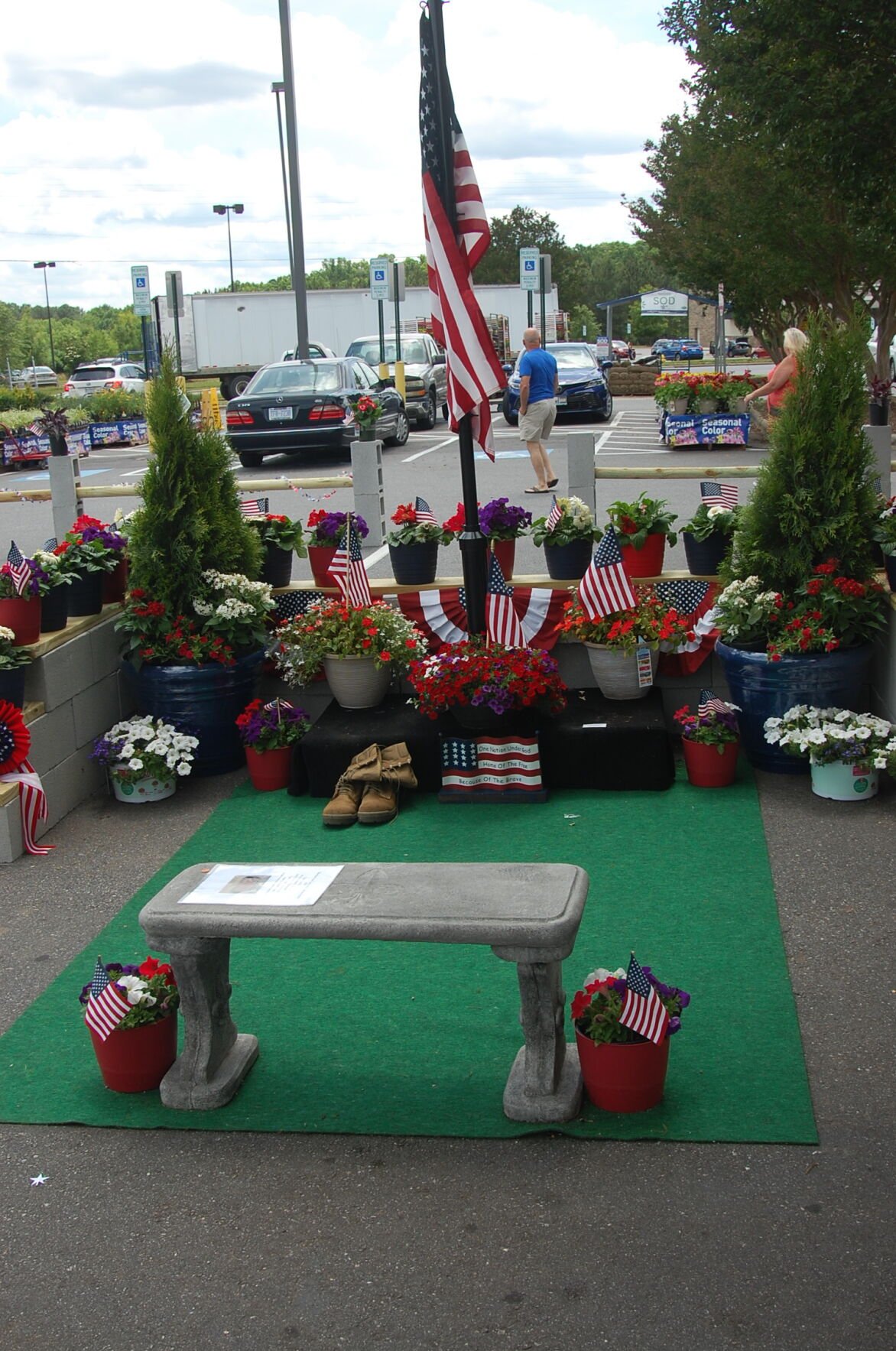 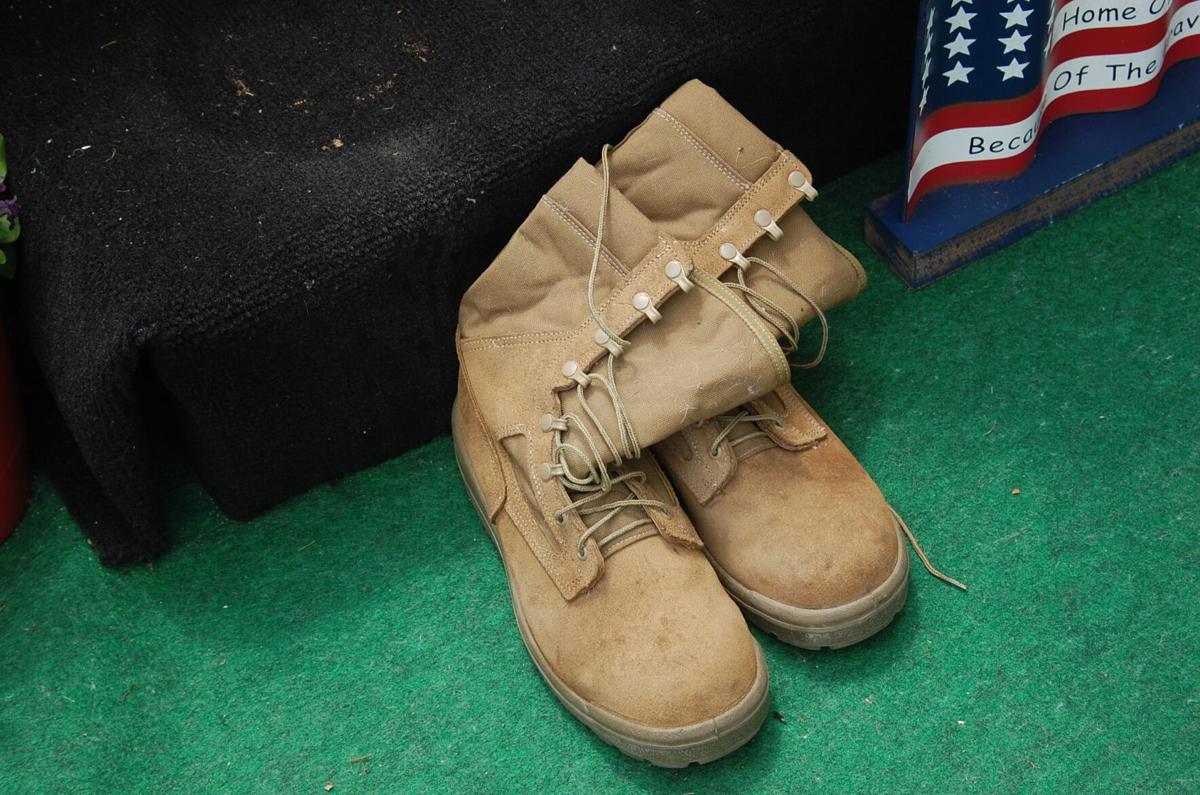 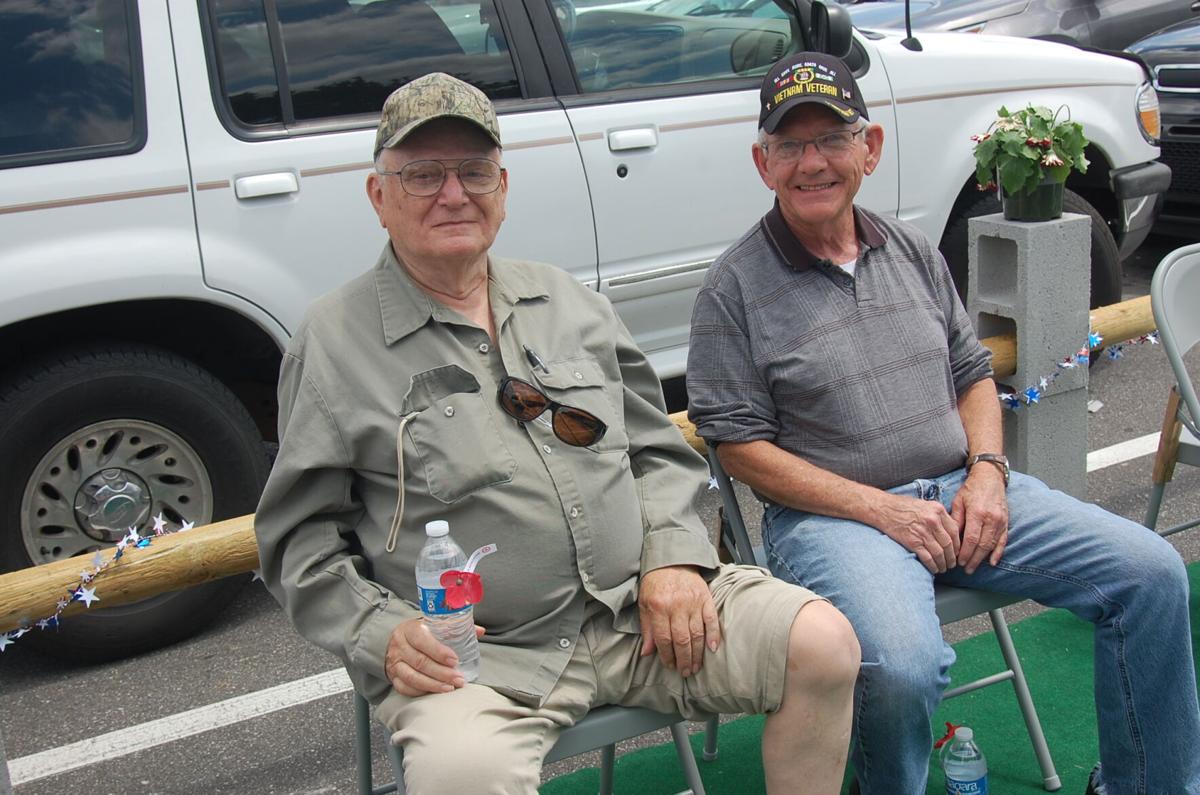 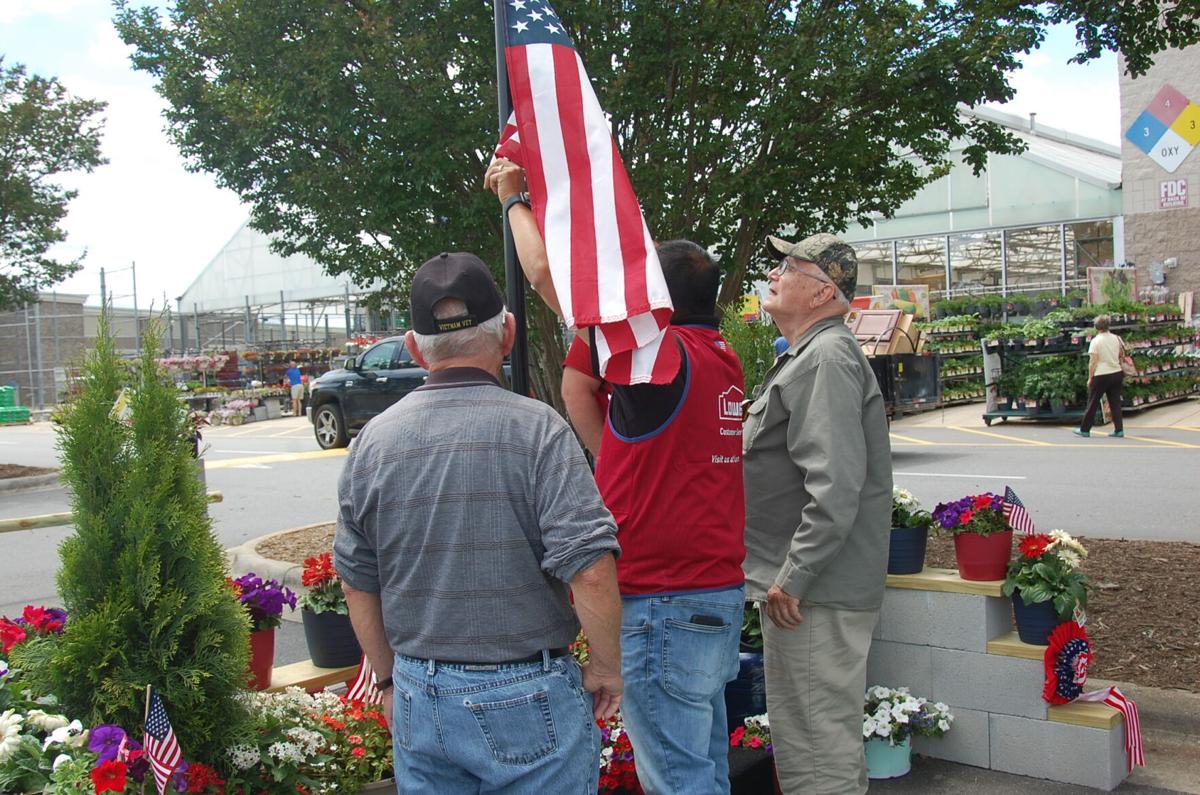 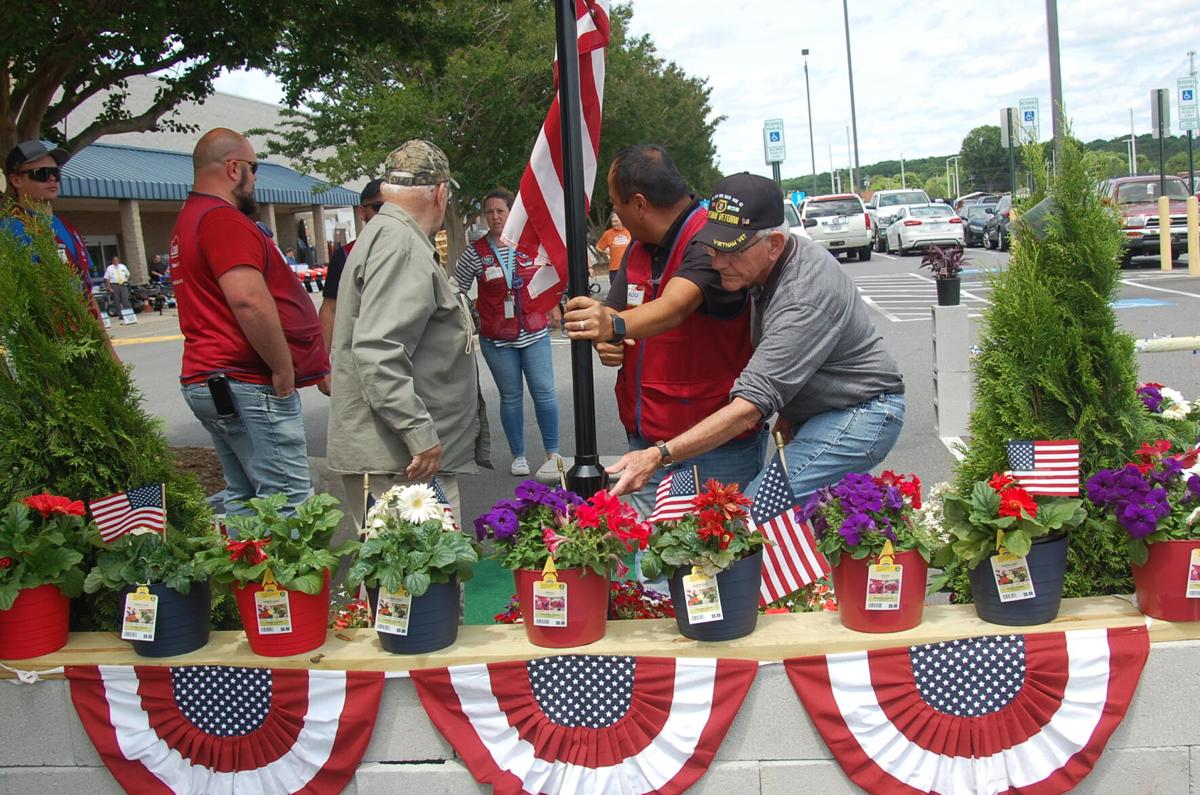 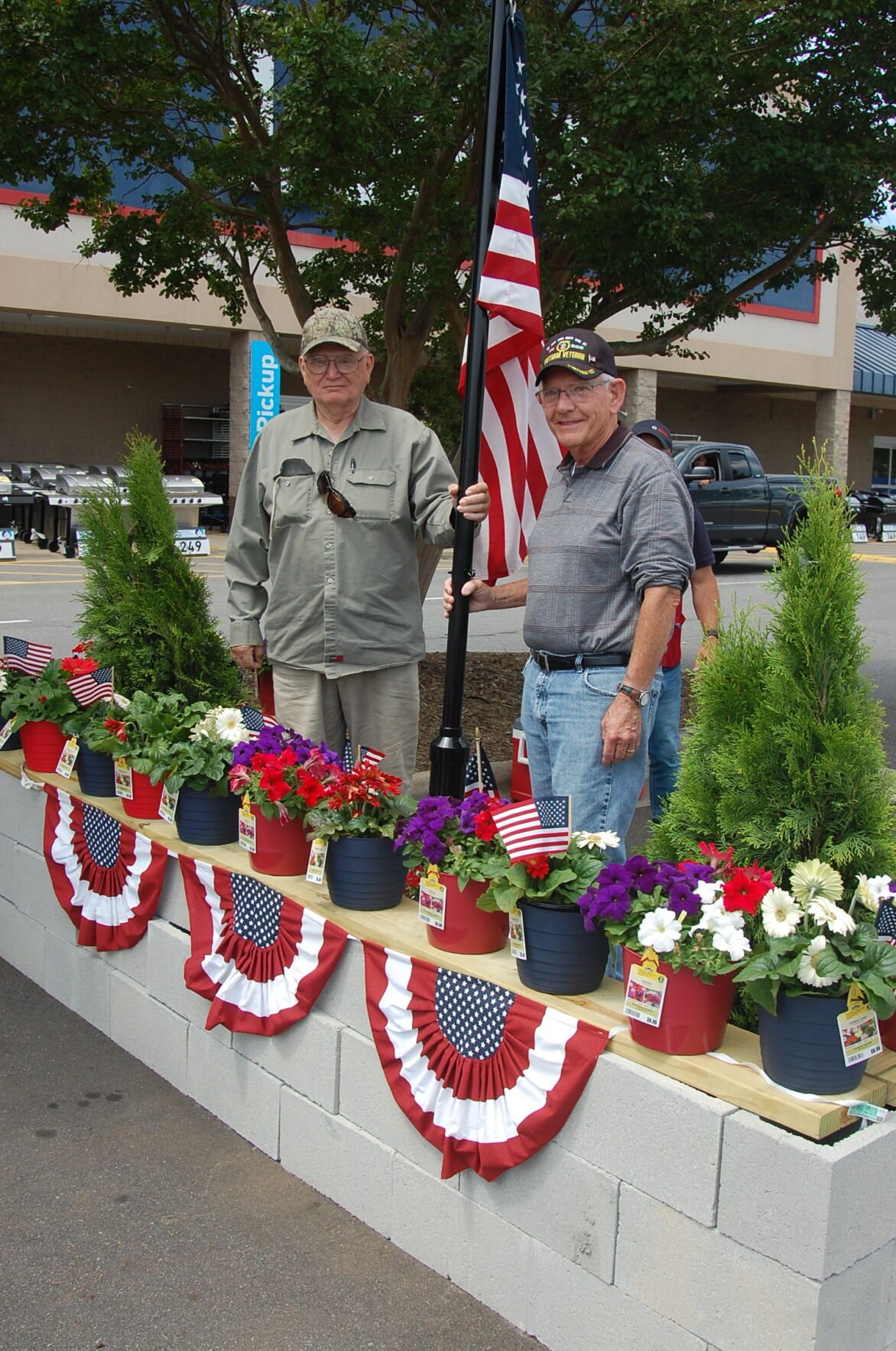 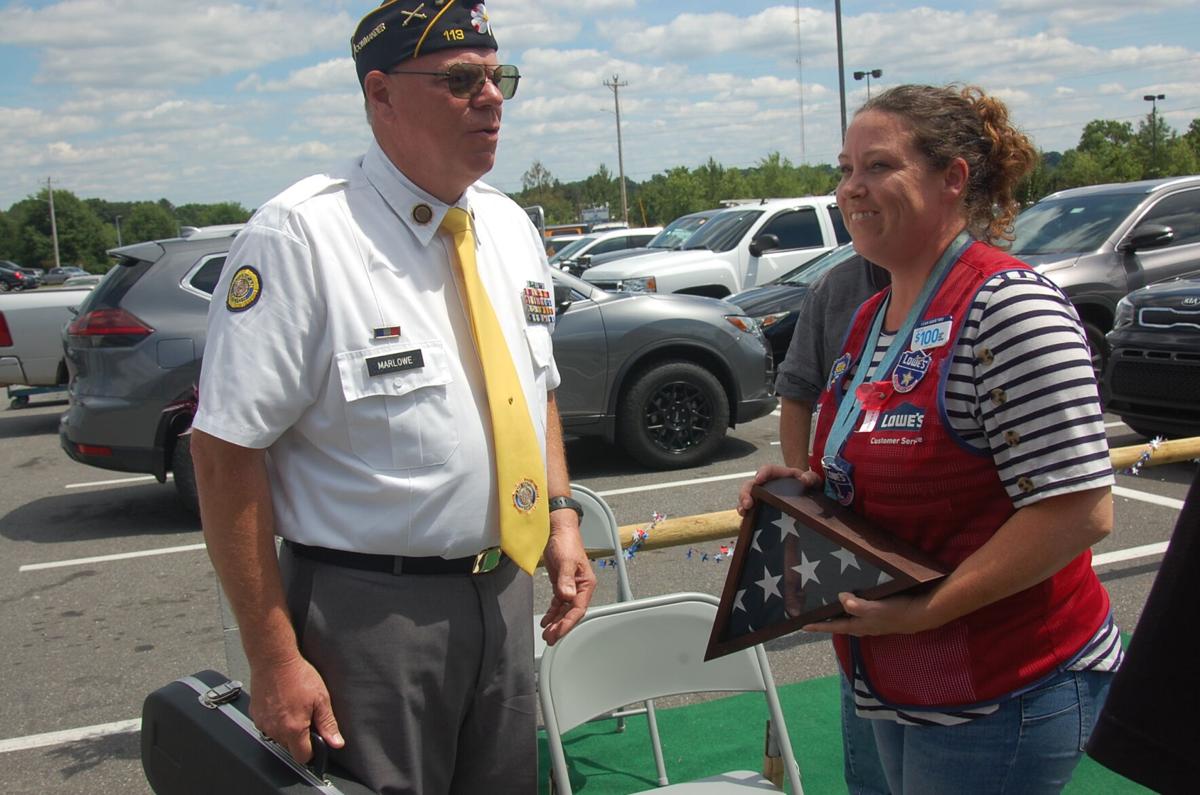 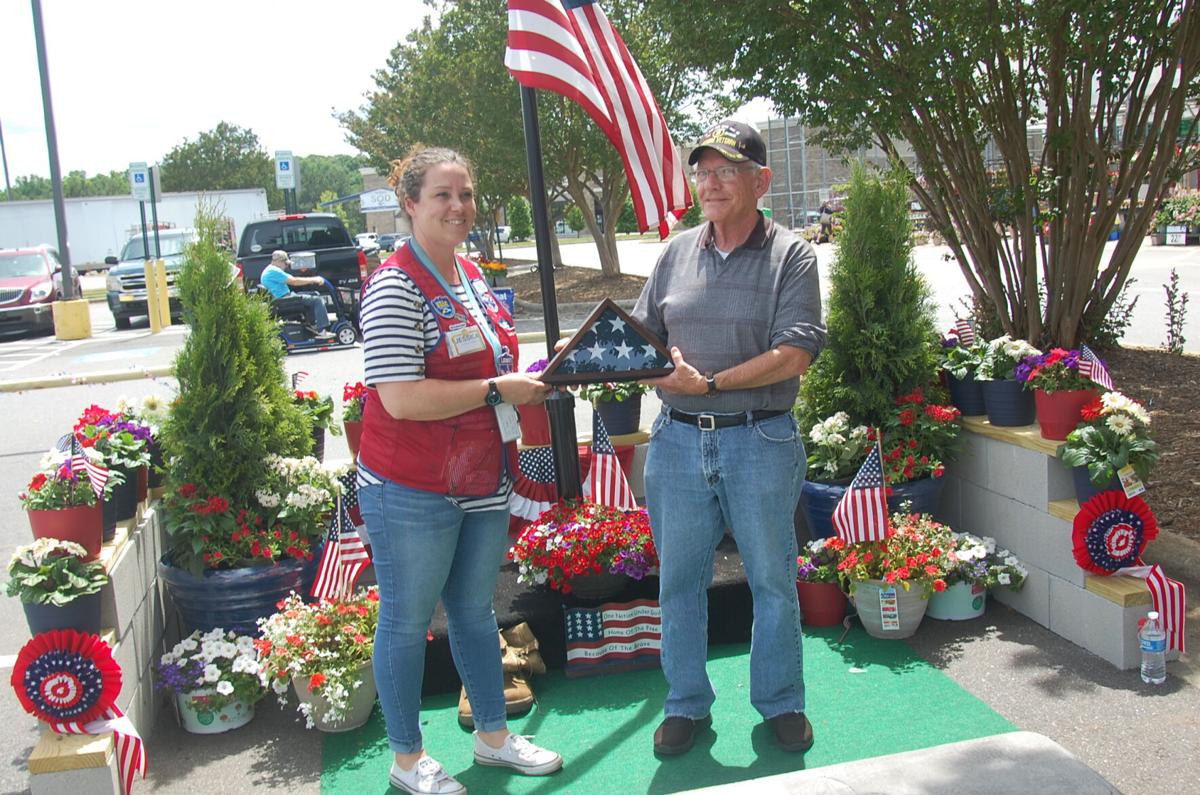 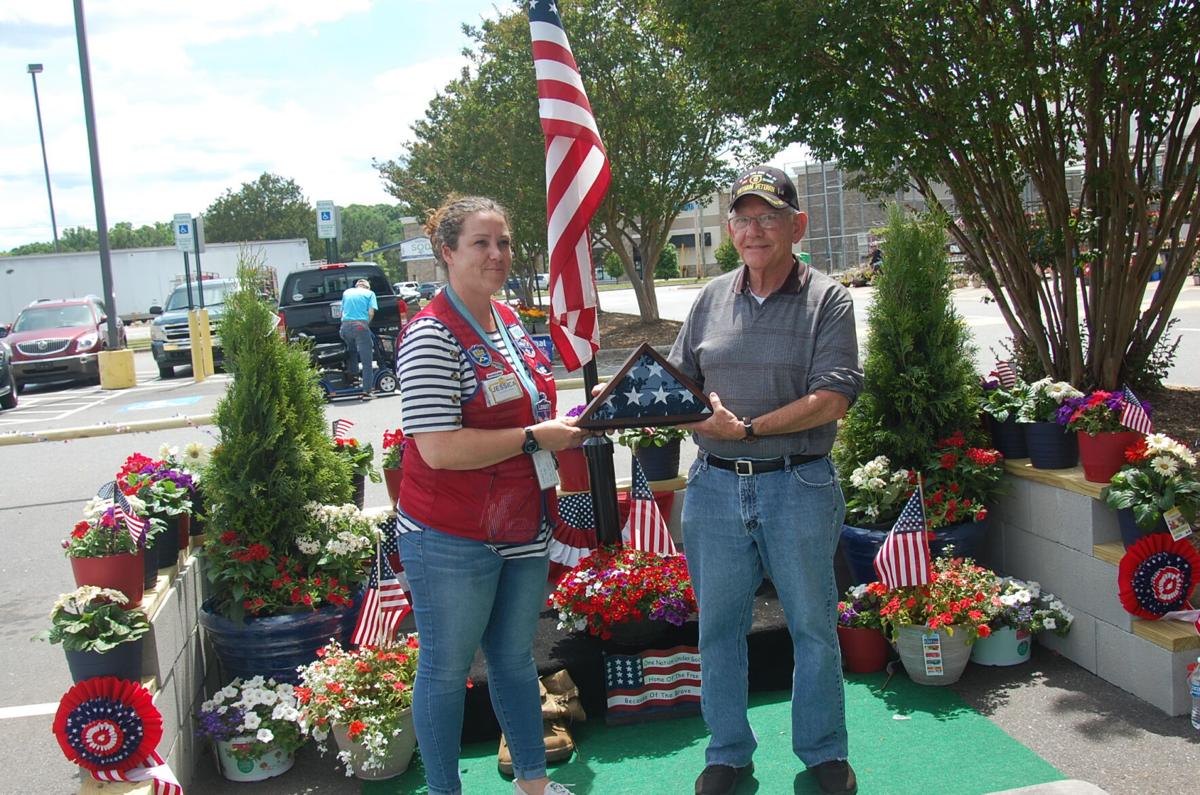 Dennis Santos was a helicopter pilot in Vietnam in the late 1960s. Sidney Harmon also was in Vietnam during the same period

Whether their paths crossed then is not known, but the two men did meet Monday at a Memorial Day service at Lowe’s Home Improvement in Statesville.

As the two traded experiences from more than 50 years ago, they also reflected on the display Lowe’s employees put up in one of its parking spaces. The display, which included an American flag, a pair of combat boots and flowers, was the centerpiece of a short but meaningful ceremony Monday.

“I think this is great,” Harmon said.

Santos agreed, adding that these types of displays and ceremonies are important, but not for men like him that came home.

Your subscription makes our reporting possible.

“I think it’s a blessing,” he said. “But it’s not for veterans. It’s for those who died in defense of the United States.”

Jessica Combs of Lowe’s said the employees do some type of display every year to pay tribute to veterans.

“We want to remember our fallen heroes,” she said.

Barry Marlowe, a retired Army first sergeant and a member of American Legion Post 113 in Harmony, played taps and a moment of silence followed.

NFL stars, led by Drew Brees, help Lowe’s strengthen hometowns across the US